Relative navigation for proximity operations is essential for the accomplishment of on-orbit servicing missions dedicated to inspection, refuel or repair of orbital assets. In particular, technical solutions based on low mass and low power systems are sought for miniature autonomous satellites, which are perceived as a very effective and affordable way to execute on-orbit servicing missions.

In this context, new solutions are needed both for cooperative vehicles, which are envisaged to perform rendezvous and docking manoeuvres, and for detection of non-cooperative objects or obstacle avoidance.

We developed a device for relative proximity navigation suitable for cooperative, autonomous nano or micro satellites (10-100 kg). The dual system is composed by:

The combined system takes advantages of both the technologies that are involved; in fact, the vision system provides a rough estimate of both relative pose and position of the two spacecraft, while the light-intensity measurement system is exploited to enhcance the accuracy of such estimates.

The sensor performance was investigated through simple laboratory tests; the accuracy of relative pose and position estimates is 10 mm – 2 deg, over distance and rotation ranges of 0.2-0.9 m and 0-40 deg. 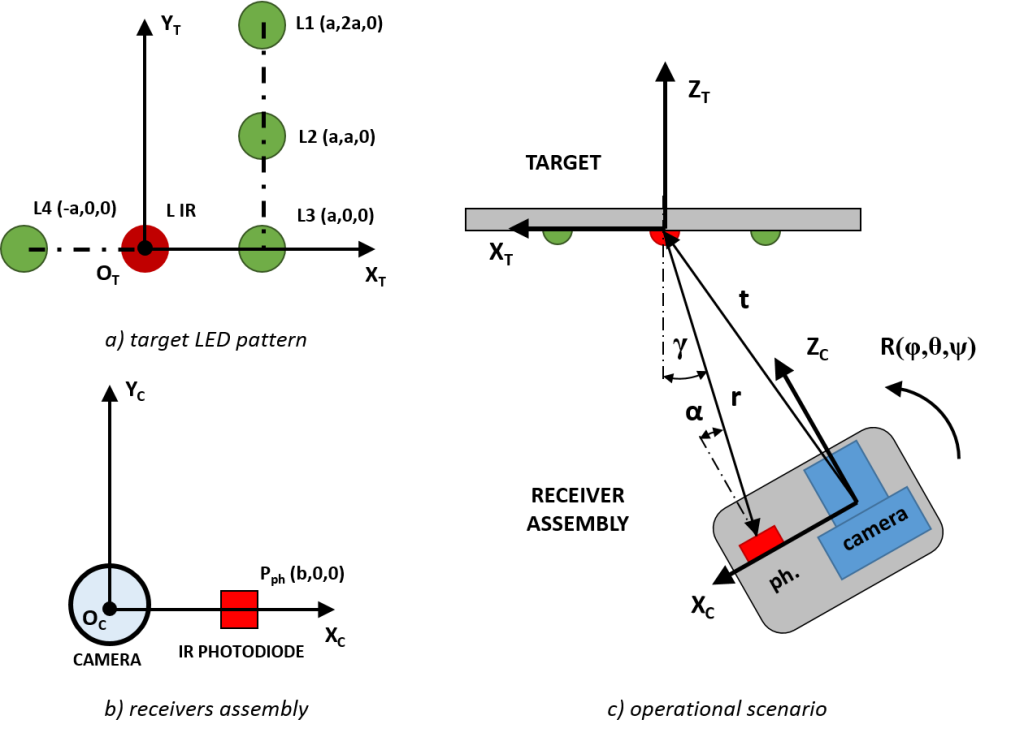 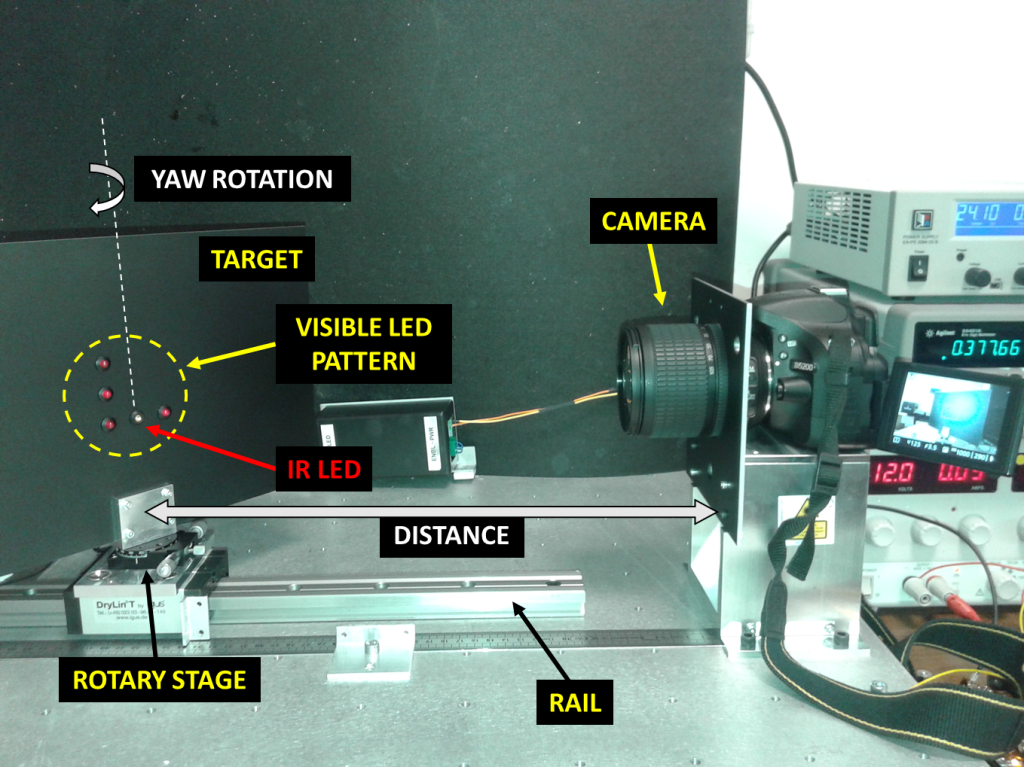 A simple device for detection of distance and pose of non-cooperative space objects and planetary surface obstacles has been developed at prototype level and tested. The system is very compact, being composed by

The principle is very simple: the lasers project three visible spots on the target surface, which is sensed by the camera. By determining the position of the light spots in the images, the distance and pose of the lit surface are determined using geometrical relations.

The sensor performance was assessed through simple laboratory tests; the accuracy of relative pose and position estimates is 10 mm – <2 deg, over distance and rotation ranges of 0.15-1 m and 0-46 deg. 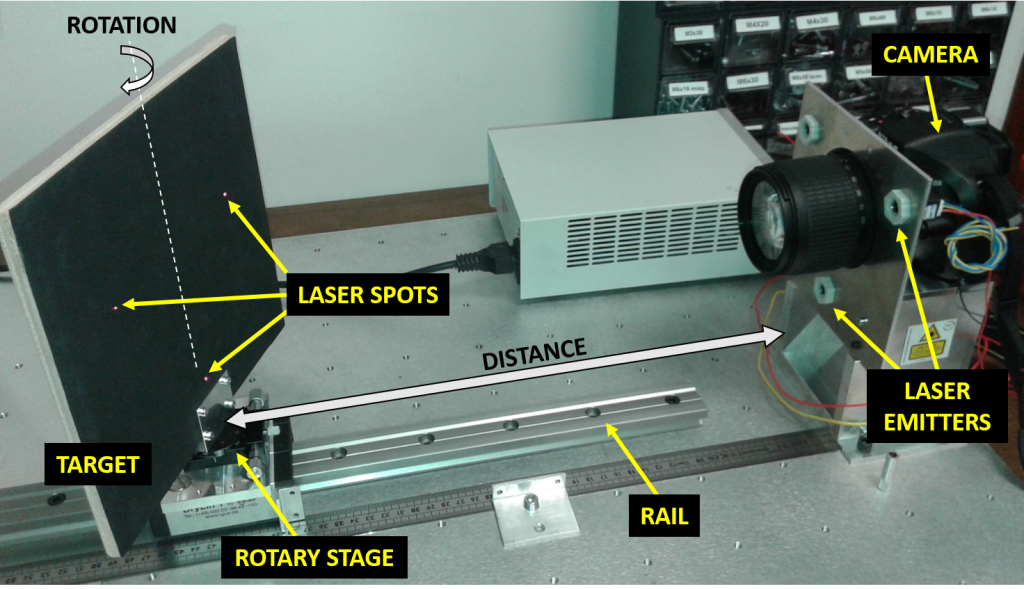 For further information on Navigation Sensors please feel free to contact Dr. Francesco Sansone with the form below, thank you!