POLARIS – acronym for POLymer-Actuated Radiator with Independent Surfaces – is a technology demonstrator, based on a new concept of variable-geometry heat radiator engineered for space or planetary probes.

The experiment objective is to design, build and test an innovative radiator capable of controlling the heat dissipated to the environment by varying its geometry configuration, exploiting Electro-Active Polymers actuators (EAP, in this case Dielectric Elastomers).

The project aims to study the performance of the radiator in the stratospheric environment flyng on a BEXUS balloon.

The experiment proposes a radically new concept of heat radiator, capable of varying its equivalent thermal conductivity with the environment simply changing its geometry. In order to test this concept, the experiment comprises the follwing parts: 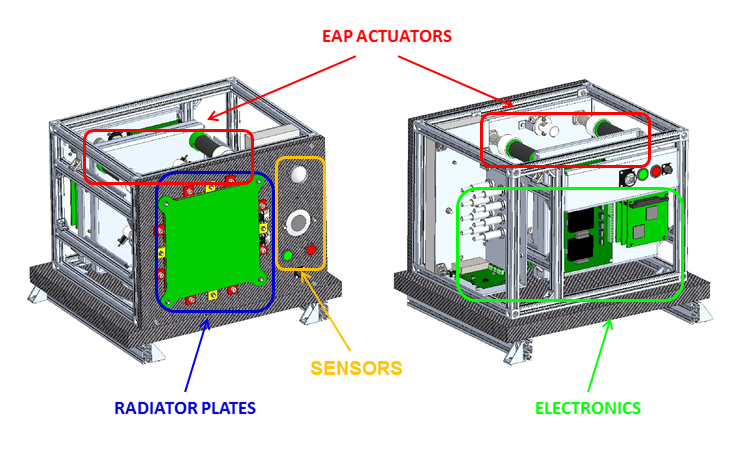 The innovation of the radiator proposed by POLARIS is the capability of varying the equivalent thermal resistance of the device. This is achieved by separating of putting in good thermal contact a series of parallel metallic plates, which changes the dominant thermal exchange phenomenon, repsectively from radiation to conduction. In the former case, the thermal flux through the radiator is reduced, while in the latter it is incresed. Thus, active control is accomplished simply by swithcing the radiator configuration.

The other key aspect of the innovation of this project are electro-active polymers. As can be deduced by the name, it is a class of material that changes shape if stimulated by an electric field; in this case, a voltage of about 4 kV is able to move POLARIS actuator of about 5 mm, opening and closing the radiator. SSuch actuators are manufactured by the team, from the first to the last step. 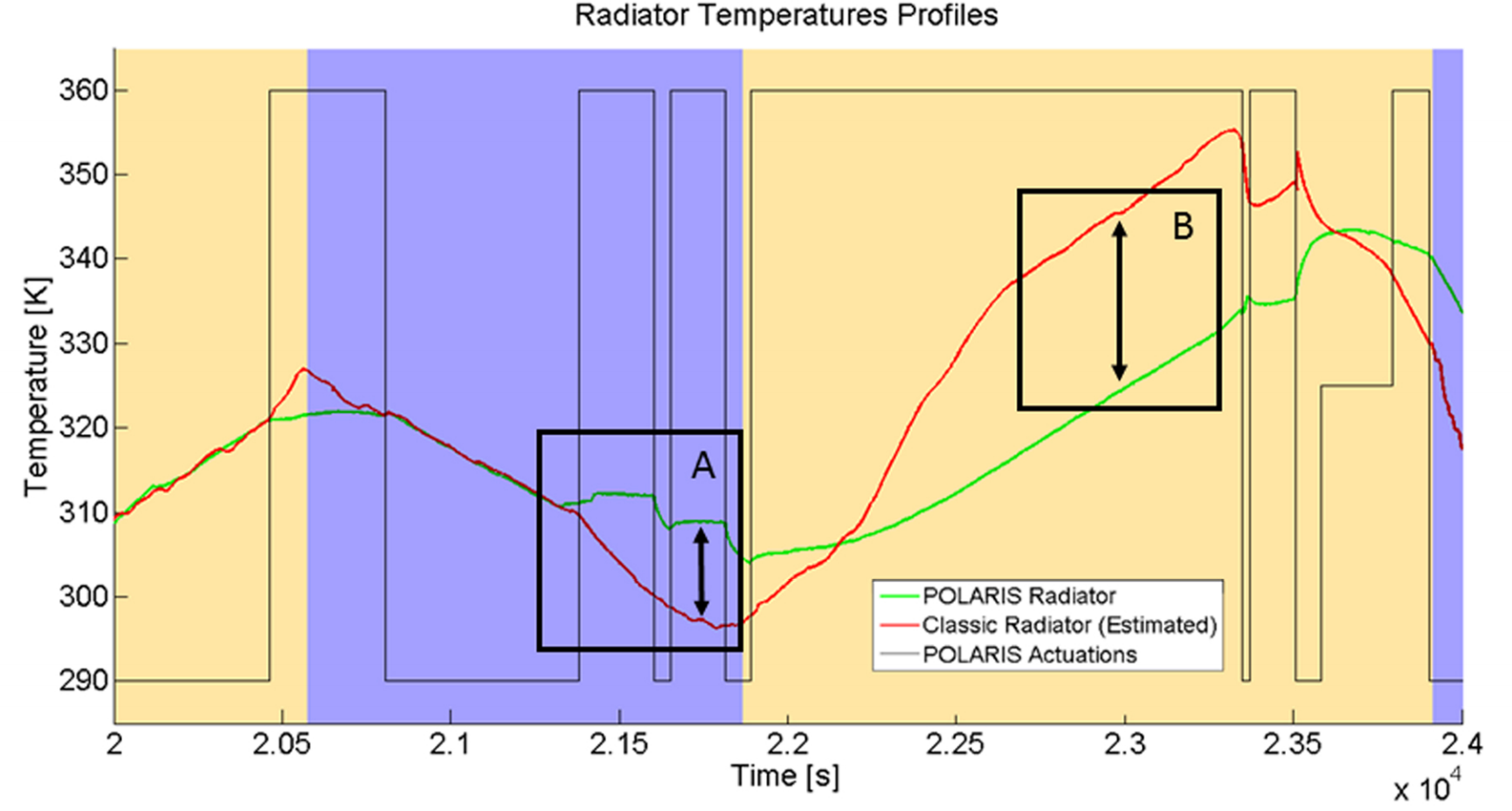 POLARIS Experiment flew on-board of the BEXUS-18 balloon on 10 October 2014, from the ESRANGE Space Center (Kiruna, Sweden). During the stratospheric flight, a set of sensors monitored the radiator behaviour in response to the environmental conditions. The data collected during the flight permitted to revise the thermal model of the radiator and to compare its real behaviour with the one of a simulated single plate radiator. This comparison, which used the real conditions encountered in stratosphere as boundary conditions, allowed to qualitatively assess the radiator performance (see figure). In order to understand this comparison, it must me reminded that the POLARIS Radiator was designed with a clear purpose: being able to increase the payload temperature when exposed to cold conditions, and insulate the payload when exposed to hot conitions. This purpose was fulfilled.

From left to right: