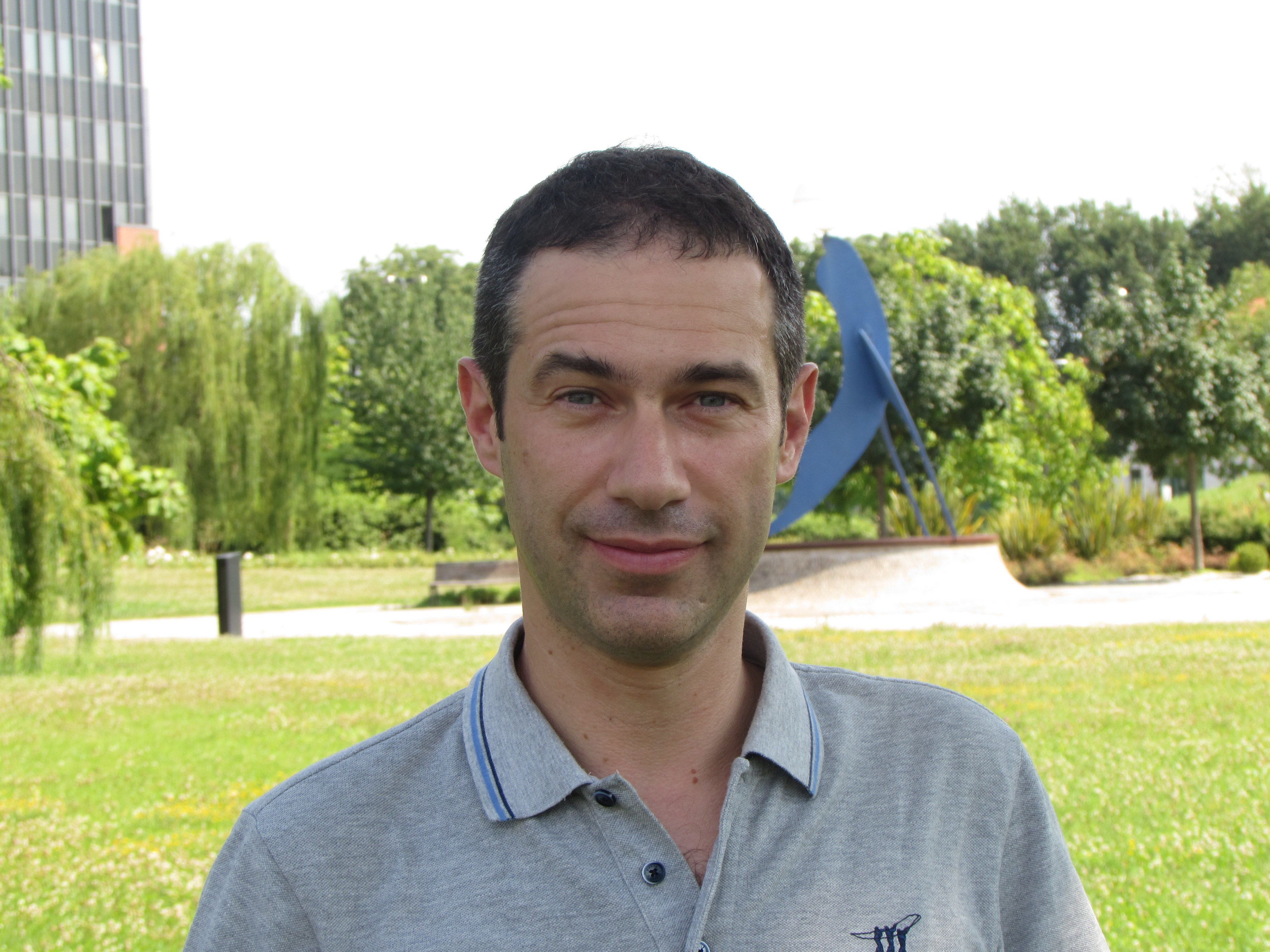 Prof.
Alessandro Francesconi is an Assistant Professor of Space Systems the University of Padova. He has a Ph.D. in Space Science and Technology from the same university. His principal research activity is in the field of space systems and their interaction with the orbital environment, with special attention to space debris issues (impact effects on space systems; risk assessment procedures and tools; development of hypervelocity impact facilities and relevant instrumentation; space debris environment sustainability and mitigation, Active Debris Removal mission scenarios and technical solutions) as well as robotic solutions for on-orbit servicing. He is responsible of several programs funded by ASI, ESA, JAXA and different European spacecraft manufacturers. He is currently member of the Space Debris Permanent Committee of the International Academy of Astronautics and of the Protection Working Group of the Inter-Agency Debris Coordination Committee (IADC), for which he acted as chairman from 2008 to 2010. He is co-author of more than 80 technical papers (25 in peer-reviewed journals). 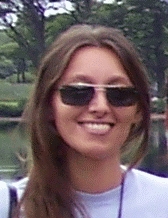 Dr.
Cinzia Giacomuzzo is a technician at the Centre of Studies and Activities for Space (CISAS) “G. Colombo” of the University of Padova. She has a Master Degree in Astronomy and a Ph.D in Space Science and Technology. Her main activity is focused on hypervelocity impact experiments and analysis. Her fields of interest are study of the space environment and its effects on instrumentation and materials, Smooth Particle Hydrodynamics and ultrasound analysis. She was involved in several research projects funded by ASI and ESA. Actually she is involved in the project IMBEMUS (Impact behaviour of multifunctional materials). She is co-author of more than 40 technical papers and 13 papers in peer-reviewed journals. 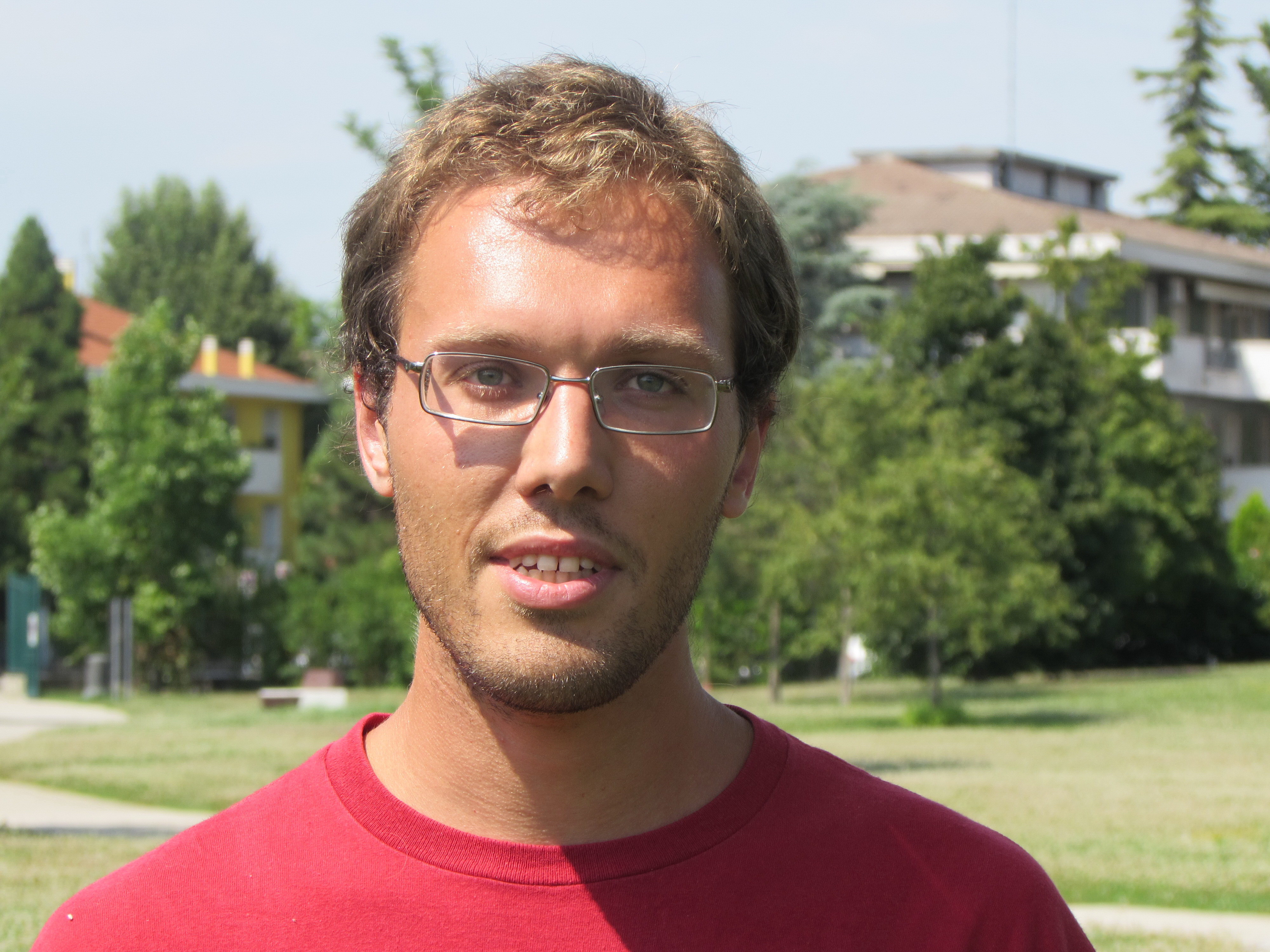 Dr. Eng.
Lorenzo Olivieri was born in 1987 and lived in Cortina d’Ampezzo, a small resort in the Dolomites.
He participated to two ESA BEXUS (Balloon EXperiments for University Students) projects, SCRAT and ARCADE-R2.
He got his Master Degree in Aerospace Engineering in 2011, starting a PhD at the Center for Space Studies CISAS G. Colombo. In 2014 he spent two months as visiting student at the Massachusetts Institute of Technology, working on the Universal Docking Port in the framework of SPHERES Program.
In 2015, Lorenzo got his PhD in Measures for Space, researching on small satellites technologies, in particular docking mechanisms for CubeSat.
In his spare time, Lorenzo likes skiing and trekking on the Dolomites. He is a former curling player at competitive level, having participated to the World Junior Championships in Korea in 2006; he left competitiveness to attend the university and dedicate to space research. 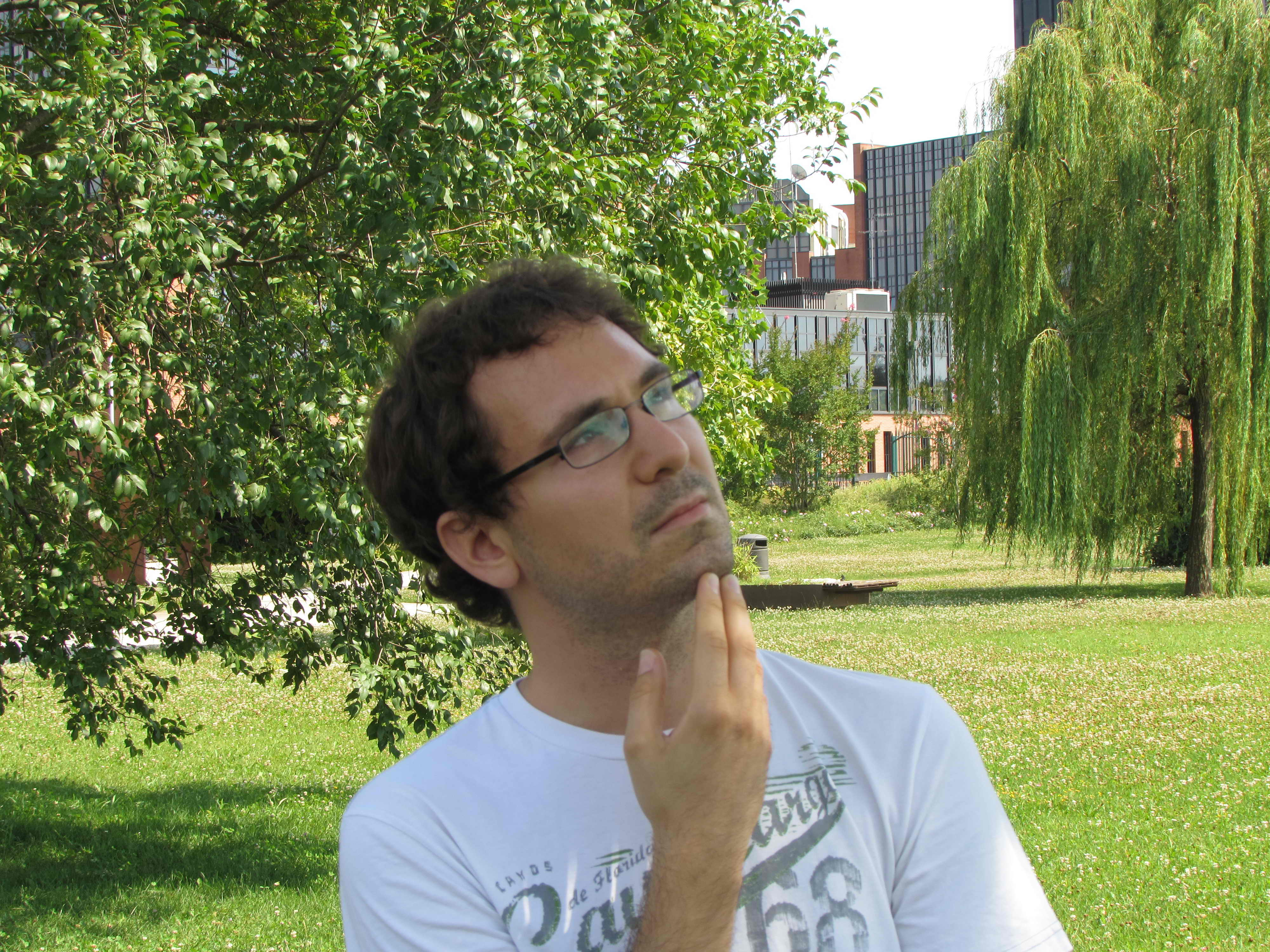 Dr. Eng.
Francesco Sansone was born in Padova in 1986 and graduated at the University of Padova in Aerospace Engineering in 2008; he obtained the Master's degree in Aerospace Engineering in April 2011 with a thesis about navigation techniques for chasing orbital debris. He also attended the University of California, Irvine, during the academic year 2008/2009.
Francesco participated to the ARCADE (Autonomous Rendezvous Control And Docking Experiment) experiment, as responsible for the development of a custom device for relative navigation between cooperative small spacecraft. He also worked in the thermal and environment sensors subsystems.
In 2015 he received his PhD at CISAS – Centre of studies and Activities for Space “G. Colombo`` (University of Padova) – working on technologies for a telecommunication constellation based on nanosatellites. He is now a temporary research fellow at the University of Padova, developing a miniature lasercom terminal for 3U CubeSats. 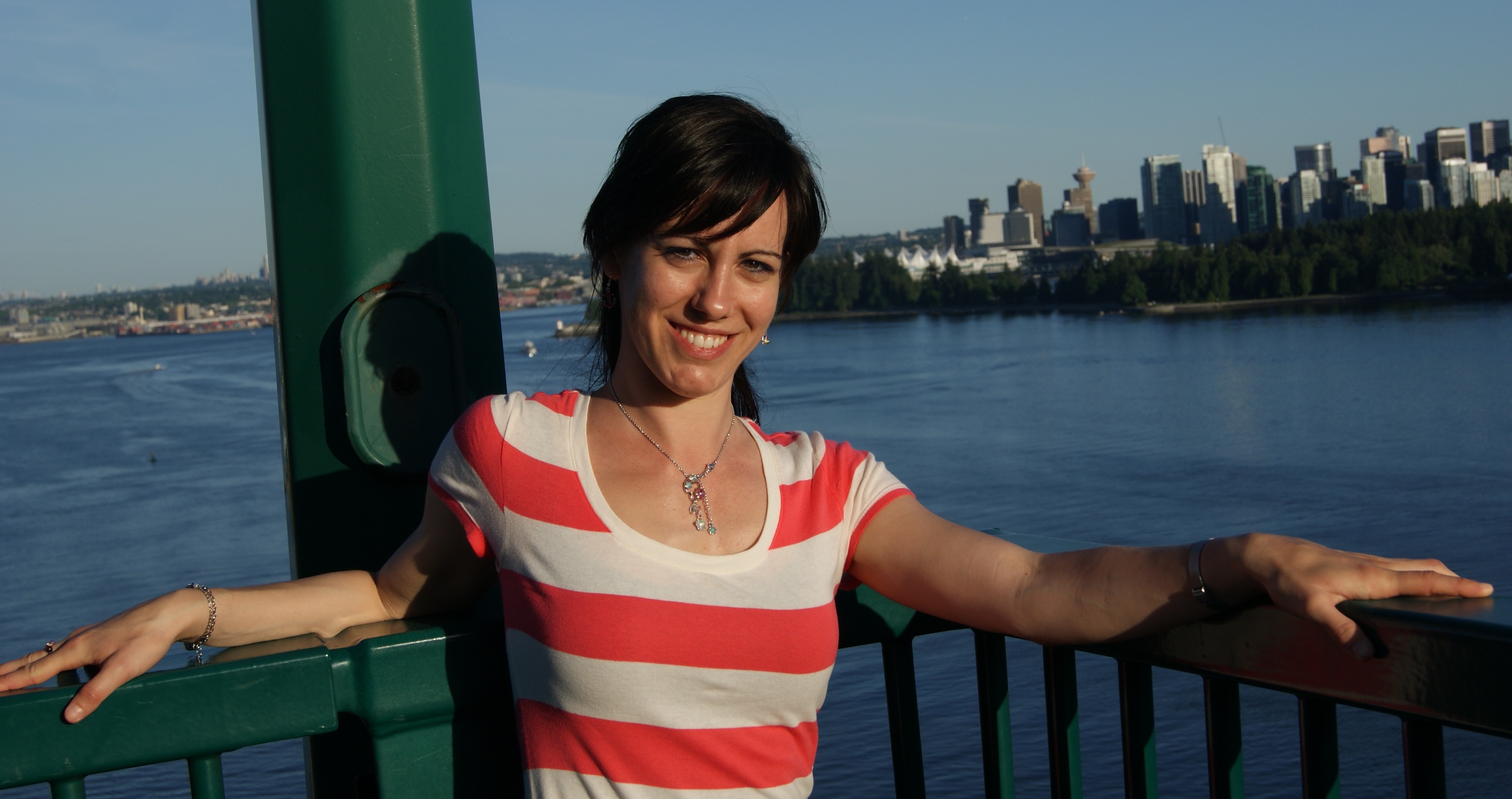 Dr. Eng.
Livia Savioli was born in Rovigo in 1986. She took her bachelor degree in Aerospace Engineering in 2008 with the thesis “Study of the ghost images of the Stereo Camera of SYMBIOSYS for the BepiColombo mission”. In 2011 she graduated in Aerospace Engineering with the master thesis about the study of de-orbiting manoeuvres of space debris using cooperative cubesats. Livia was part of the ARCADE and ARCADE-R2 teams as responsible of the data analysis and documentation.
In April 2015 she received her Ph.D. at CISAS - Centre of Studies and Activities for Space (University of Padova) with a thesis about the analysis of ADR mission scenarios and development of a morphing adhesive interface to capture uncooperative objects. During the Ph.D. she spent nine months abroad at the Simon Fraser University in Vancouver - Canada as visiting research student.
Now she is a temporary research fellow at University of Padova, working on the development of a docking system to join spacecraft in space, focusing on the dynamical analysis of the capture phase as well as on the development of a test prototype.
She is also a musician. She studied piano for several years and she graduated in flute at the Conservatory of Rovigo in 2007. In her free time, she love practicing martial arts. She also likes running, skiing, sailing, scuba diving. 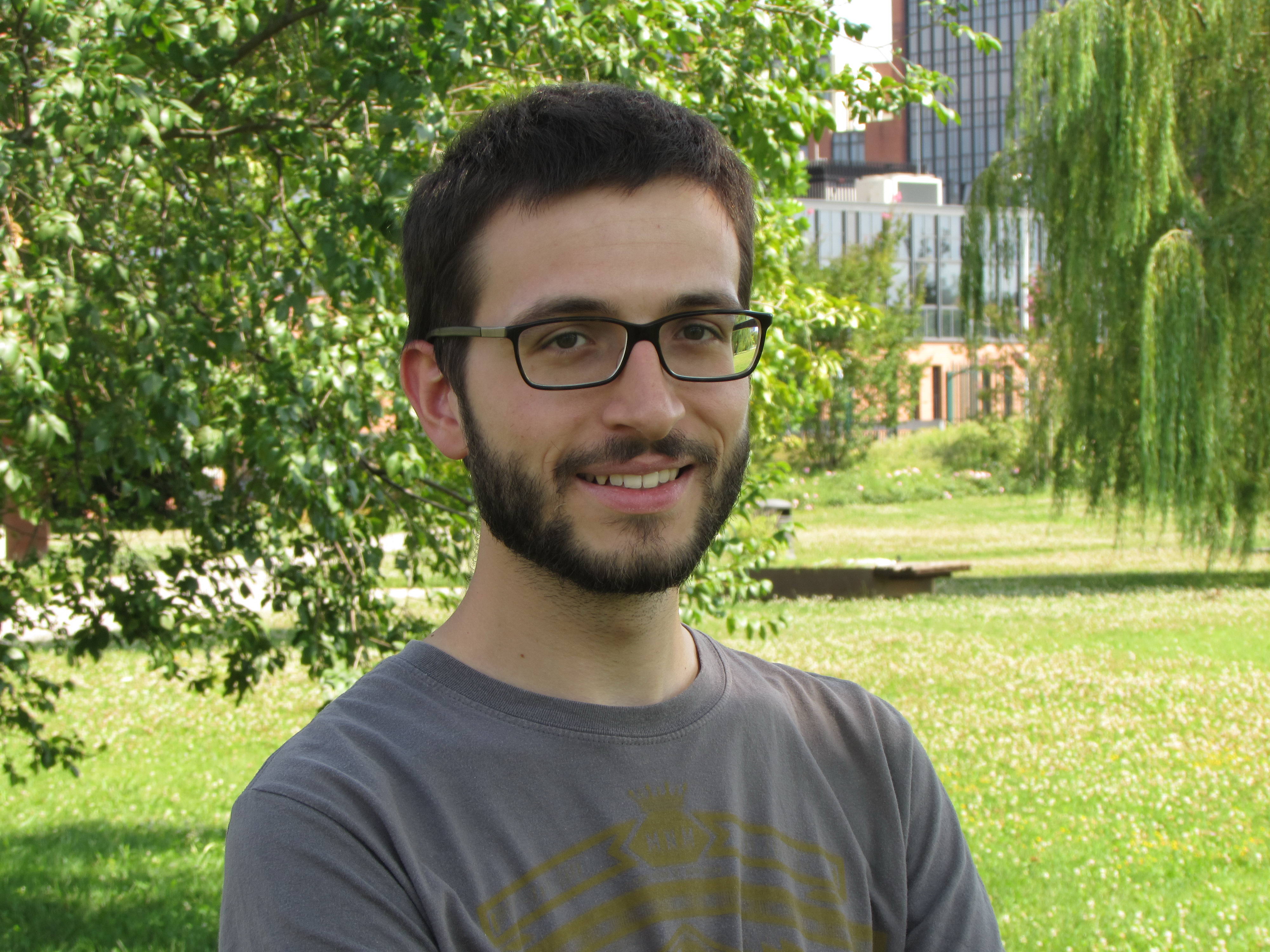 Dr. Eng.
Francesco Branz obtained his bachelor degree in July 2008 and in March 2011 he graduated with a master thesis on picosats ADCS at the University of Padova – “Aerospace Engineering”. During the first year of his master program, he was an exchange student at the University of California, Los Angeles – UCLA. Between 2011 and 2012 Francesco worked at University of Padova – CISAS, researching on a project entitled “Development of automatic capture systems for non-cooperative objects”. Francesco was part of the ARCADE and ARCADE-R2 teams as responsible for the motion subsystem.
Between 2013 and 2015 Francesco developed his Ph.D. research at CISAS focusing on soft robotics for space applications, aiming at the development of a prototype robotic manipulator based on Dielectric Elastomer Actuators (DEAs) for On-Orbit Servicing operations (thesis defense in March 2016).
Currently (2016), he is a post-doctoral research fellow at CISAS working on integrated solutions for attitude control and deorbiting of small satellites. 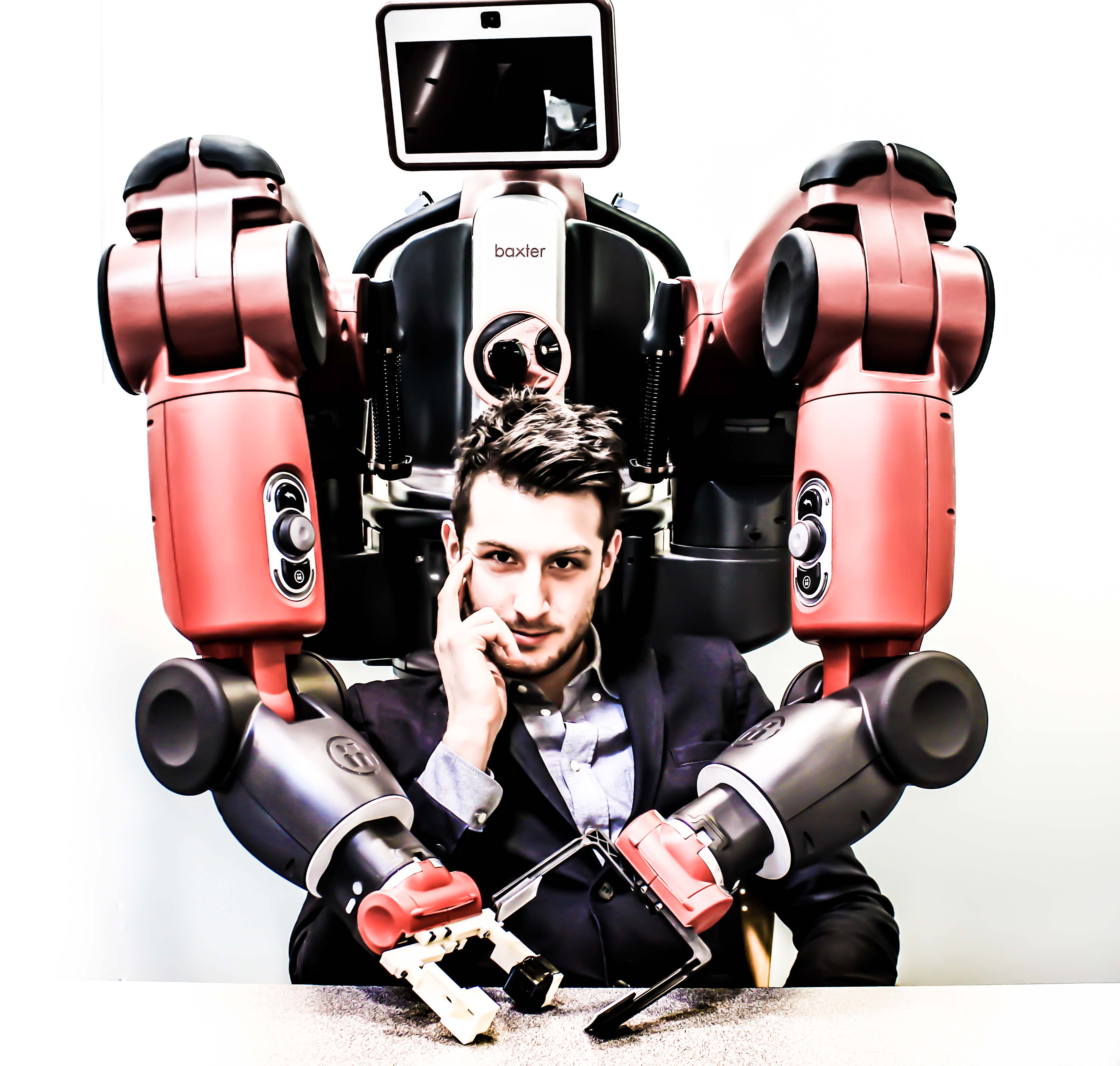 Between 2014 and 2015, he spent six months at Boston University and MIT, Cambridge, working on innovative adaptive control techniques and on a new type of haptic 3D touch sensor.
He’s currently a second year PhD student at CISAS G. Colombo: his research is dedicated to the development of an antropomorphic robotic arm for micro-gravity manuevers simulations, capable of reproducing on-orbit conditions in a laboratory environment.
In his spare time, Andrea cultivates his passion for art, music and electronics, builds guitar amplifiers and pays attention not to get electrocuted by one of his experiments. 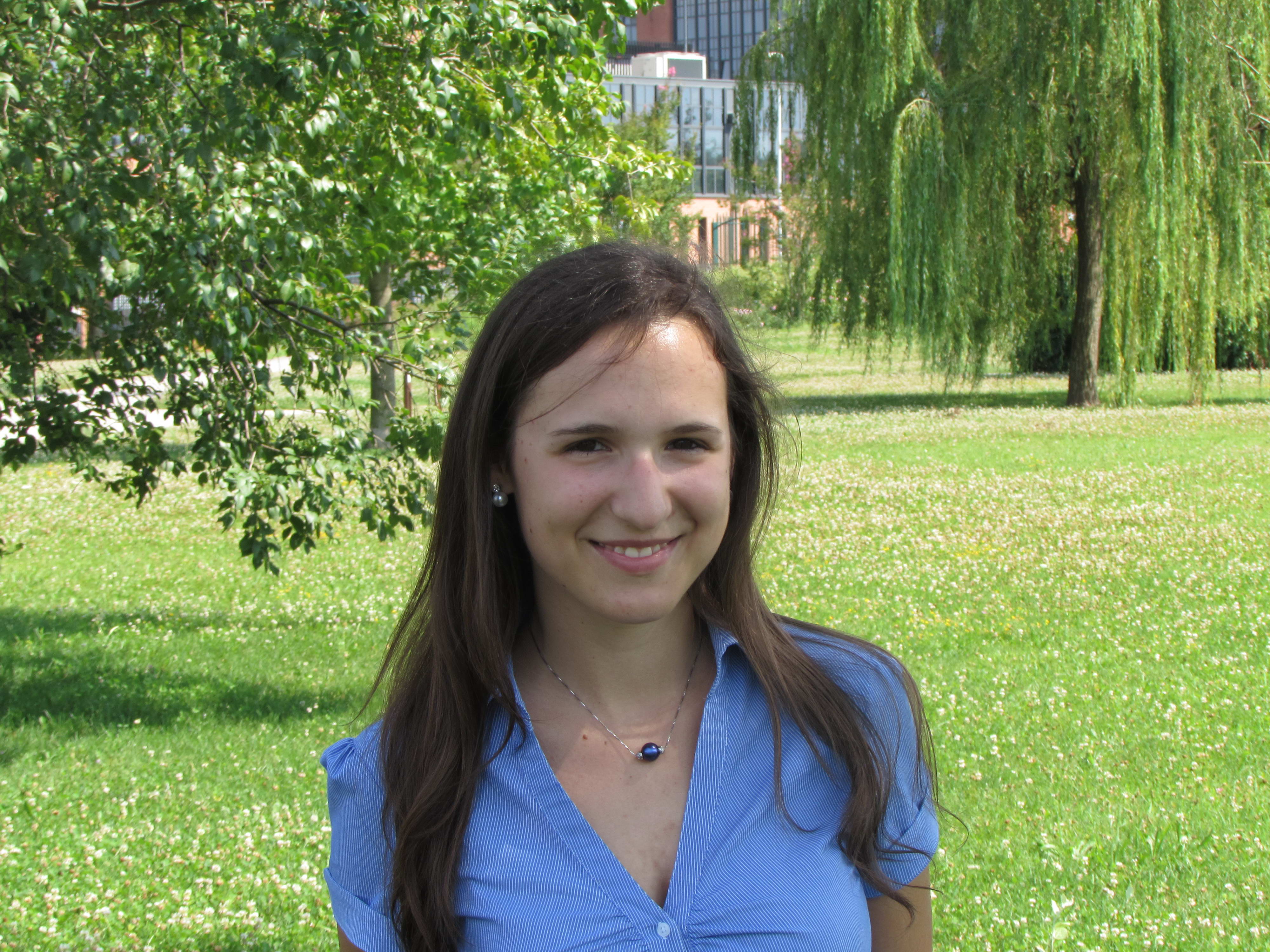 Eng. / PhD candidate
Laura Bettiol was born in Montebelluna (TV) in 1989. She obtained her Bachelor’s degree in Aerospace Engineering at the University of Padova in November 2011 with a thesis on NASA’s Juno Mission to Jupiter. In April 2014 she got her Master’s degree at the same University with the thesis “Dynamic analysis of thin-film solar panels on small satellites”.
She is a PhD student since November 2014 at CISAS “G. Colombo”. Her research activity focuses on the study of the dynamics of extremely flexible structures for aerospace applications, and the development of their control system. During summer 2015, she participated in the nine-week Space Studies Program of the International Space University in Athens, Ohio.
She is an active member of the SGAC (Space Generation Advisory Council) as part of the “Space Safety and Sustainability” project group and of the Women in Aerospace (WIA-Europe) network in the local group of Rome.
In her free time, she loves cooking and travelling. She is also a former musician: she studied transverse flute for several years, as well as classic and electric guitar. 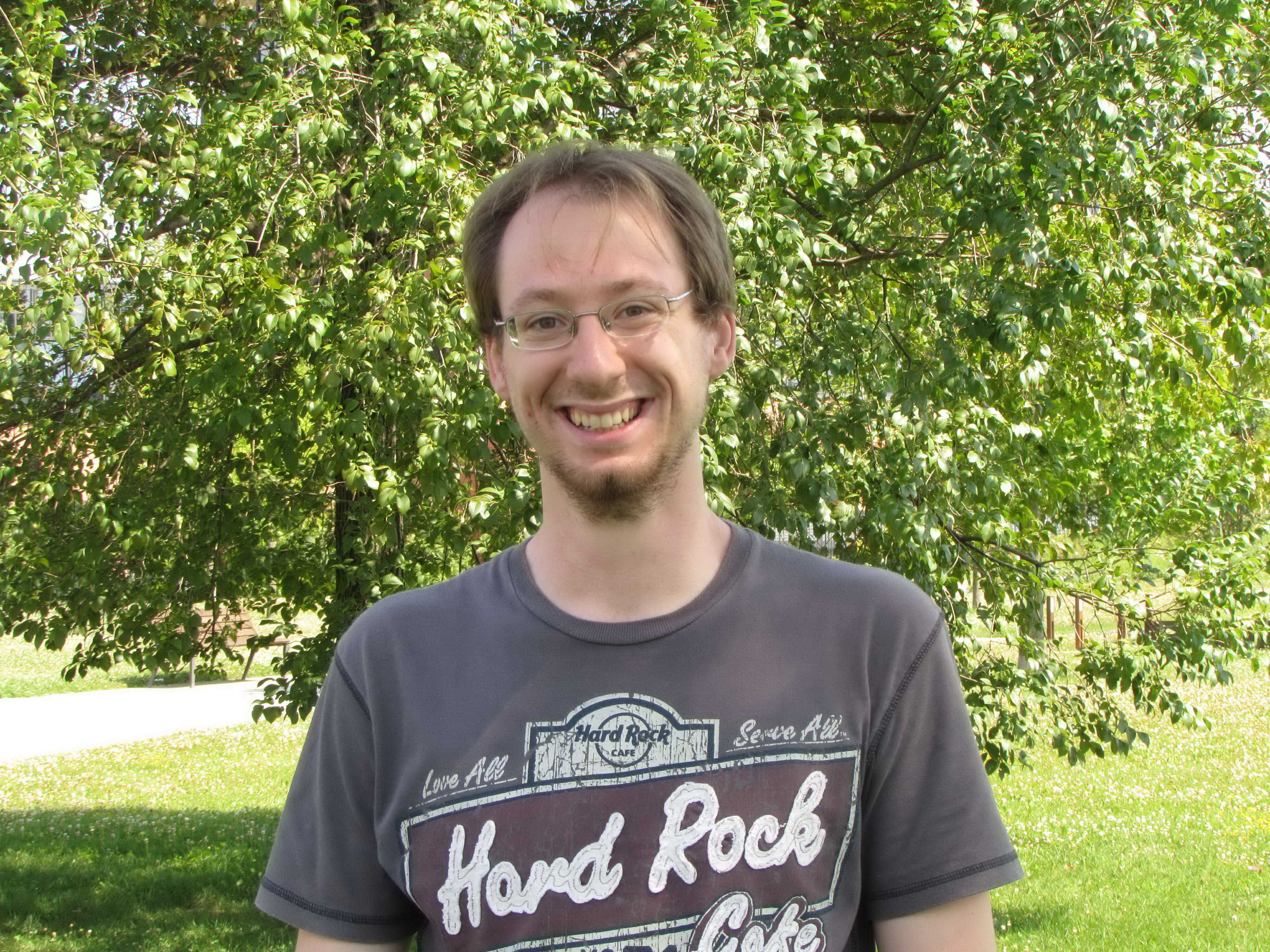 Eng. / PhD candidate
Matteo Duzzi was born in Valdobbiadene (TV) in 1987. He obtained his Bachelor’s degree in Aerospace Engineering in February 2009 and in December 2012 he graduated with a Master’s thesis developed at Imperial College London concerning an innovative study on dynamic stall using the ONERA model applied to morphing airfoils.
In December 2009 he participated, as a member of a group of 9 students, in ESA REXUS-BEXUS programme with SCRAT experiment.
In October 2013 he won a scholarship for a research assistant position at the University of Padua concerning the development of activities in the field of a research project titled “Multiscale modeling, with non-local approach, of nanocomposite materials” at the Industrial Engineering Department.
He is currently a third year PhD student at CISAS G. Colombo, studying viable strategies for spacecraft RendezVous and Docking (RVD) maneuvers exploiting electro-magnetic interactions.
From October 2016 he is the Team Leader of PACMAN Experiment, a technology demonstrator whose main goal is to develop and validate in low-gravity conditions an integrated system for proximity navigation and soft docking based on magnetic interactions, suitable for small-scale spacecraft. The project has been selected to fly during the 68th ESA Parabolic Flight Campaign within ESA Education Fly Your Thesis! 2017 Programme.
In his spare time he likes playing basket, swimming, and snowboarding. He also likes travelling.